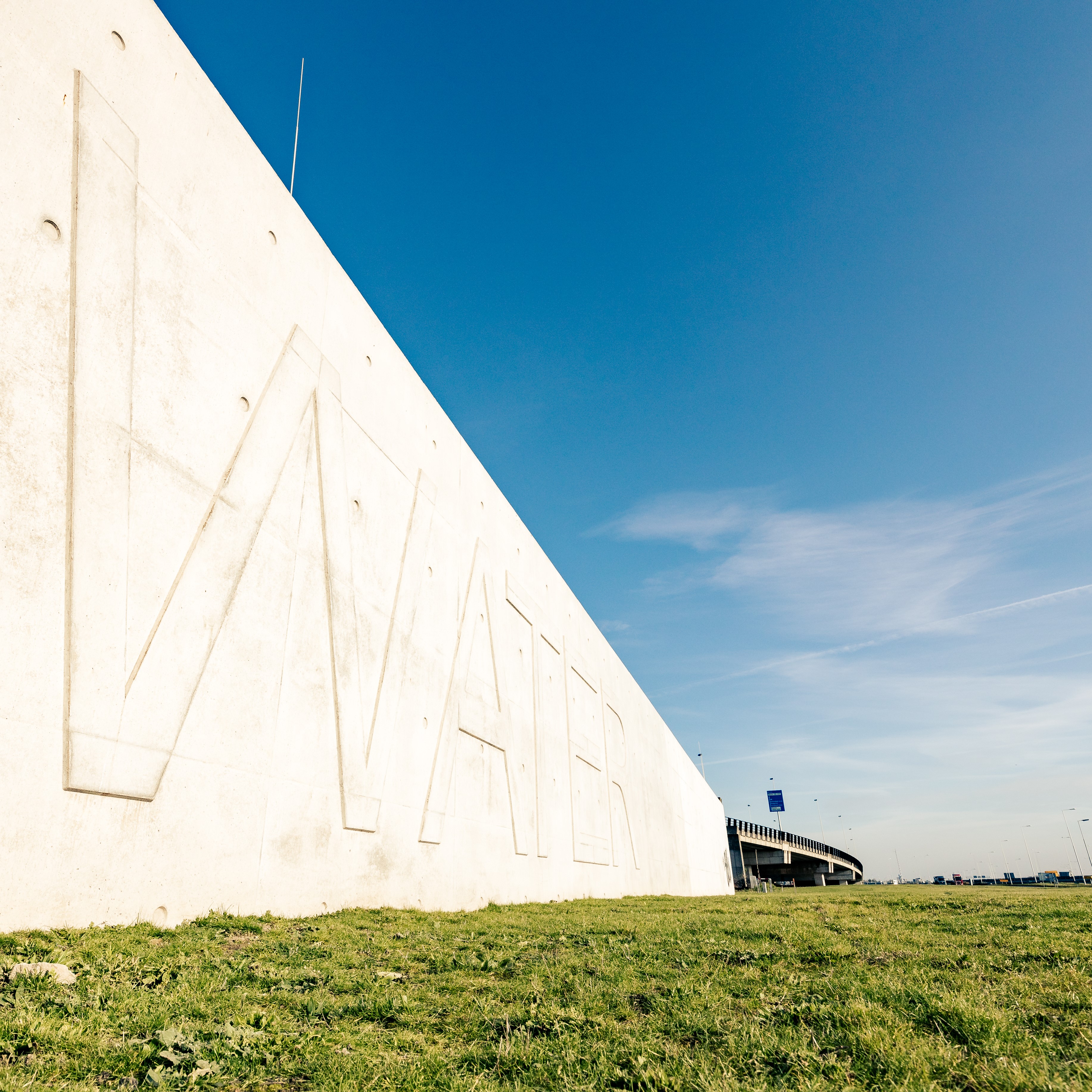 Since investment fund SHIFT Invest took an interest in Basilisk in 2017, things have been going fast for this start-up from Delft. Basilisk has something unique in its hands: self-healing concrete. This award-winning invention by microbiologist Henk Jonkers is protected by four patents. Contractors slowly become enthusiastic: "Cracks are not prevented but managed".

The managing director Bart van der Woerd of the Delft company Basilisk does not display false modesty. "The breakthrough of self-healing concrete has now started," he says without hesitation. "Awareness is growing everywhere," says Van der Woerd. "In the U.S. we're doing a test with the government. In South Africa we will start on a large scale in 2019. In the Middle East we are in contact with large parties in the field of concrete mortar. But the centre of gravity lies in Asia, where concrete consumption is the highest with 70 percent of the total world demand. In India, China and South Korea we have to channel demand, otherwise we cannot keep up. In April, the first container will go to Japan."

At the end of 2014, Van der Woerd founded Basilisk to market 'autonomously healing concrete', an invention of Dr Henk Jonkers. Van der Woerd's exact task? To translate this unique invention into commercial products, which then sell, shape and grow the company Basilisk (a spin-off of TU Delft). He does this with verve. Like a mission worker in self-healing concrete, he distributes films via the internet and gives presentations to land this product in the construction industry. He seems pretty much on track. How big is this going to be?

The parking garage of the Groninger Forum was introduced to self-healing concrete in 2015. The parking garage consists of five floors underground. Particularly on the lower floor, sweat spots arose due to the high ground water pressure. Small leaks became visible due to micro-cracks.

Together with the Basilisk execution team, it was decided to use self-healing repair mortar. The cracks were first cut out (for sufficient adhesion surface). Up to the good concrete, trenches were made with a depth of at least 50 mm. Then, a quick-setg cement was applied to adjust the water flow in the cut open cracks. Immediately after the cement dried, the self-healing mortar was applied. Due to the property of the mortar not to shrink easily, the adhesion with the underlying concrete was excellent.

By adding fibres to the mortar, the tensile stress arising from the water pressure after hardening was distributed more evenly. This resulted in limited micro-cracking. The limestone forming bacteria in the mortar could effectively seal the micro cracks. The result was impressive. Ten weeks after the application of the self-healing mortar, the cracks were watertight.

Slowly but surely the market is becoming aware of the new possibilities. In the Netherlands, BAM Infra has already gained experience. The builder has been involved in this product from the beginning of its development. The company works structurally with start-ups and universities to test innovations and self-healing concrete fits perfectly with this. Various tests have now been carried out together with TU Delft, which started a major programme for the development of self-healing materials as early as 2006. (In addition to concrete, asphalt, polymers, plastics and metals can also be 'upgraded' with damage-repairing qualities).

The latest demonstration project is a water reservoir that BAM Infra built for the Port of Rotterdam Authority in the Botlek. The project started in May 2017. In the preparation phase, a test mixture without and one with self-healing was made to test the differences in processability. According to Nuijten, the construction workers did not notice any difference at all. Subsequently, the reservoir was built using self-healing concrete. Should cracks appear, this can be clearly seen on the outside of the reservoir. In the course of this year the balance will be drawn up.

Cracks are always a risk with concrete structures
The Port of Rotterdam Authority believes that enormous cost savings are possible if the technology works properly. Jeroen Nuijten also shares this view. BAM Infra wants to use the product in more projects because it extends the life span of structures for clients. Nuijten: "Cracking is always a risk with concrete structures. Reinforcement is used to prevent this. Because cracks will eventually close by themselves with self-healing concrete, there is less need to use reinforcement. Cracks are not prevented but 'managed'.

Concrete lasts longer, so in time there is less cement required
Grist to the mill of Basilisk. Bart van der Woerd: "We have roughly calculated that our product is suitable for 700 million cubic metres of concrete annually. The advantages are obvious. The construction requires less maintenance, there is less inconvenience and less downtime. Concrete lasts longer, so in time we also need to use less cement. Don't forget that the production of cement is responsible for 5 percent of global CO₂ emissions".

According to Van der Woerd, the concrete also becomes less sensitive to execution errors. In other words: mistakes are still made, but the product is more "forgiving", as Van der Woerd solemnly states: "Pouring good concrete is difficult and craftsmanship decreases everywhere. Should craftsmanship not be present, then this forgiving product offers more bandwidth in the execution. That is necessary too. The failure costs in construction still amount to 15 to 20 percent of the total turnover".

Isn't there anything negative to write about self-healing concrete? Hmm... almost nothing if we are to believe Van der Woerd and Nuijten. According to them, the criticism doesn't amount to much. Van der Woerd sometimes comes across "disbelief" in the market among people who can't imagine that this really works. In addition, in the beginning there was a health issue. Nuijten: "There was a fear that the bacteria would be harmful to health. That is obviously not the case." In short: according to the two, this is just a matter of doing business efficiently (see accompanying box). Van der Woerd: "I've never understood why buyers skimp on the price of a cubic meter of concrete without seeing the whole thing in a bigger perspective."

Earning back
According to Bart van der Woerd of Basilisk, self-healing concrete in the new building pays for itself after about ten years. However, in the case of water-retaining constructions - think of basement floors in groundwater - the investment can already be recouped before delivery if no injection ploughs are needed to seal leaks. And in the repair market? Van der Woerd: "In the repair market, it's a choice and we are always competitive in the execution. For example, we made a multilayer car park of 13,000 m², with cracks of up to 0.7 mm in the intermediate decks, watertight in two weekends. Few other systems can compete with that, especially if you calculate how much extra parking yield is involved".