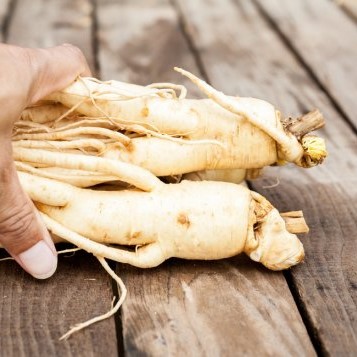 We are looking for plant-based food that tastes good

Everyone in the room agreed: in 2050 there will never be enough meat for 10 billion people. Just as everyone agreed that there should be new vegetable ingredients. Although farmed meat and fish have a future, vegetable substitutes for meat and dairy products will become all the more important.

Four hundred food technologists from around the world gathered at a congress in San Francisco last week. Among them was Professor of Physiology Mark Post of Maastricht University. He made a name for himself in 2013 with the cultivation of an edible hamburger based on single stem cell beef. Cost: $300,000. He too was clear: 'There will be vegetable substitutes for meat, milk, cheese and eggs. There are 375,000 plant species, so the search for meat substitutes is still a long way off.

Taste
It is also clear, according to the technologists, that responsible food must taste good. Simply stating clearly on the packaging how healthy a product is is not enough. Consumers try it once or twice and then fall back into old habits. There has to be taste in food, also in responsible food. Or as Tim Geistlinger of protein producer Perfect Day put it: 'Of course you don't want to come with the diarrhea burger.

Which doesn't mean that adding flavor responsibly is easy. Flavour often requires carbohydrates, sugars and colorants. They all have to be replaced by natural substances as well.

Ginseng root
The latest trend is to pimp food so that it is healthy. Ruud Albers of Wageningen's Nutrileads discovered the silent power of the ginseng root and discovered that ordinary roots also make that ingredient. An ordinary root is ready after three months, a ginseng root takes five years. That offers commercial opportunities. Albers: 'The first tests on humans have been carried out, with good results, and a major study is now underway at the AMC in Amsterdam. If that result is also good, we're going to bring our product to the market'.

What about the cultivated hamburger? Post: 'I expect that we will be able to go to the market modestly in 2020. At that time, there should be a factory and the meat should cost $10 per kilo. We are almost done with the investment round, which should at least provide the blueprint for that factory.